For the many Australians who once identified as Christians but have ‘lapsed’ in their churchgoing, the Census provides a chance for honest reassessment and mature reflection. 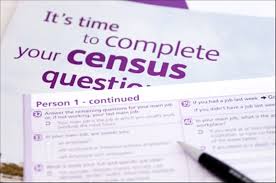 For some, the August 9 Census question on religion looms like pale death over the cherished idea of Australia’s Christian nationhood. In 2011 the combined sects of Christianity recorded 61% compared to “No religion” at 22.3%, but the 2016 Census will bring about a dramatic closing of this gap.

If other countries are anything to go by, the 2016 Census result could herald a discernible shift in Australia’s religious landscape. When the 2013 Census answers were similarly reordered in New Zealand, “No religion” leapt from 35% to 42%. In the UK and Wales “No religion” surged from 25% in 2011, to 48.5% in 2014.

Weekly church pews have been vacated by all but 8% of Australians. Nearly half said they were irreligious in a May 2016 Ipsos poll. Sportsbet offers “No religion” as the favourite to overtake Catholicism as the highest group in the 2016 Census. But for those whose daily bread is buttered by the tax payer, the poll foreshadows a more secular Australia, where the privileges of faith are increasingly under threat.

And so, Anglican Rector Michael Jensen (Spectator 20 July 2016) claims that if you tick “No religion” in the Census it will be a lie.

“There’s no such thing as a non-religious human being”, he boldly asserts, then redefines religion to include Marxism, the cult of ANZAC, caring for the environment, Don Bradman, or anything else you might describe as a philosophy.

I’m not sure which is worse: branding nonbelievers as liars, or the self-serving Humpty Dumpty-ism stripping religion of any distinctive meaning.

“So belief in God isn’t a defining characteristic of ‘religion'”, claims Jensen.

I’m not sure the wrathful, jealous God of the Old Testament would agree. A defining characteristic of faith involves the supernatural and the transcendent.

In 1983 the High Court of Australia nominated a two-fold criteria for religion:

…first, belief in a Supernatural Being, Thing or Principle; and

second, the acceptance of canons of conduct in order to give effect to that belief…

Abandoning such criteria would allow all nonbelievers to partake in religion’s conspicuous benefits.

We’d all be free of tax, but the Commonwealth would have a big revenue problem! Don’t worry, that’s hardly the intention.

Also, by Jensen’s lights many Christians would be surprised to find themselves simultaneously members of various “religions”.

How would they honestly mark the Census?

We might see a syncretism of new sporting faiths such as the Australian Kangaroos of Christ, the Lady of the Assumption Vixens, or even the Melbourne Church of Latter Day Demons.

It begins with the charming parable of the fruit cake. A baker has made a beautiful fruit cake, but he doesn’t want to call it a fruit cake.

Well, what a dilemma!

The parable is supposed to suggest that “No religion” is actually a religion.

But what if we change it so the baker presents two plates; one with a fruit cake, and one without? The empty plate has no cake. “No cake”. “No religion”. No problem.

The insistence that no belief constitutes a religion has an undistinguished theological pedigree. The standard response of atheists is to agree it’s a religion like not collecting stamps is a hobby.

Gear contrives an argument erroneously posing “Secularism” as a type of non-belief.

The key element of “Secularism” is the separation of church and state. If it were a religion its goal would be self- referential, and incongruous.

Enshrined in the Enlightenment age of universal religiosity, “Secularism” protects the religious freedom of all faiths and none.

It’s part of the Baptist tradition, evidenced in the campaigning of the Danbury Baptists, which resulted in then President, Thomas Jefferson, enshrining in the First amendment:

“Congress shall make no law respecting an establishment of religion, or prohibiting the free exercise thereof…”

Our own Section 116 of the Constitution reads similarly:

Secularism is supported by 84% of Australians, many of faith, because it’s about allowing people to believe and practise what they want, free of state interference. Ironically, those who fear the rise of irreligion should take much comfort to that they might otherwise oppose – secularism.

The Census asks “what is the person(s) religion?” According to the Australian Bureau of Statistics the major world religions are Buddhism, Christianity, Hinduism, Islam, Judaism, Tao, Confucian, Tribal and Animist.

Notwithstanding superficial comparisons of “religious” behaviour in sport or politics, the Census asks about real affiliation with real religions.

There’s no danger of Census data diverting funding to fanatical Marxists, or crazed sports fans – even those who might pray to effigies of Lenin, or believe Gary Ablett Junior is Jesus and Gary Ablett Senior is God.

That’s why I agree wholeheartedly with Michael Jensen’s plea for honesty. When faith influences so many Australian institutions, correctly understanding the numbers is imperative.

For the many Australians who once identified as Christians but have “lapsed” in their churchgoing, the Census provides a chance for honest reassessment and mature reflection.

Do they still believe in the profession of the faith – the Nicene Creed? Was Jesus born of a virgin? Are God and Jesus made of the one substance? Did Jesus come back to life after three days and ascend to Heaven? Will Jesus return to judge the quick and the dead? How plausible is the idea of Hell, and eternal damnation?

I hope the Census provokes Australians to think carefully about their beliefs. For those who are Anglicans, they’re free to choose Anglican. For those who worship Buddha, choose Buddhism. Vouchsafing these freedoms is just the point. For those who want a genuine separation of church and state, and who don’t belong to any particular religious order, “No religion” is an easy choice.