Just Not On Census Night …

In our democracy, religion does pick the pocket of taxpayers.

Source: My Neighbour Can Say There Are 20 Gods Or None, Just Not On Census Night

Until recently, I was ambivalent about the welcoming smiles of faith. I’ve always admired the famous quote from U.S. Founding Father Thomas Jefferson: “It does me no injury for my neighbour to say there are 20 gods, or no god.”

But when my son came home from state school singing songs about Jesus and waxing about the amazing Creator-God who made the world, I was jolted out of my metaphysical slumber. Apparently, not everyone is ambivalent. Ingratiating smiles suddenly hardened with purpose. 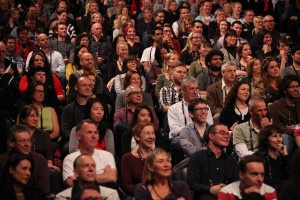 Many Australians inherit a cultural affinity with Christianity. Many of us have attended Christian schools, baptised our kids, been married in church-run ceremonies, or attended church for life’s big moments. But cultural heritage is unaccompanied by belief in the tenets of the religion, or by regular participation and membership.

Thus, question 19 of the 2016 Census provides an opportunity to reflect upon our beliefs and to reassess our religious affiliation. The Census collects data used for planning and funding.

More taxpayer money per student is provided to independent schools run by the secretive Plymouth (ex-Exclusive) Brethren, and those linked to Scientology, than to State schools. While new developments in genetics and evolutionary biology make headlines, we spend a billion dollars on schools teaching Creationism.

[quote align=”center” color=”#999999″]There’s scant benefit for the nonbeliever in the state financing of religious enterprises. The taxpayer sponsors groups who may discriminate against them, espouse disagreeable views, and provide no public benefit. Since the primary goal of most faith groups is to promulgate their own beliefs, citizens marking the Census should carefully consider whether they still subscribe to those beliefs.[/quote]

Do they believe in the profession of the faith? The Nicene Creed? The Apostle’s Creed? Was Jesus virgin-born? Do they believe in God? The Trinity? Do they still believe in Heaven and Hell? Did Jesus rise from the grave and ascend to heaven? Are humans aggregated to either eternal bliss or damnation on the basis of faith?

Many Australians have turned away from church because of the child sex abuse scandal, and the spectre of jihadism. Despite Muslims only accounting for 2.2 percent of the population, a preposterous scare campaign encourages lapsed Christians to tick a Christian denomination on the Census to avoid Australia becoming an Islamic country.

Even if this fear were remotely justified, a more appropriate response would be reasserting our secular nature by marking “No religion”: the only response likely to lessen the influence and funding of faith-based groups.

Other Australians have turned away from faith due to skepticism of its non-evidenced and unverifiable claims. In an information exploded world, where facts are clicked in an instant and where medicine and technology proceed at warp speed, the dizzying claims of faith face an unprecedented challenge.

Most Australians strongly support secularism: 78 percent of those polled by Ipsos in January thought it important to separate religious beliefs from the business of government.

We inherit a rich cultural tradition, arising out of enlightenment thinking, Christianity, Westminster, free-market economics, and secularism, and we are now a culturally diverse, multi-faith society.

We applaud the freedom “for my neighbour to say there are 20 gods, or none”, but as Jefferson went on, “It neither picks my pocket nor breaks my leg”.

Alas, in our democracy, religion does pick the pocket of taxpayers. Governments are hardly ambivalent towards faith, subsidising it to the tune of billions of dollars, despite fewer and fewer tax payers subscribing to it. So when filling out the Census on Tuesday night, I hope Australians look beyond a historical cultural affiliation, and critically reflect upon their religious or irreligious beliefs.