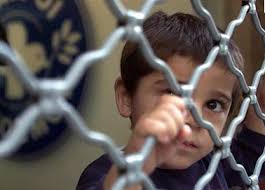 As you are aware, many states stand ready and able to provide support for the children and their families who were recently brought to Australia from Nauru, so that they may call Australia home.

Your response to their offer of assistance has so far been disappointing. You argued in Question Time on February 8th that the detention of some will deter others from risking their lives. This argument fails to hold water,((http://www.aic.gov.au/media_library/conferences/multiculturalism/reilly.pdf)) and won’t prevent anyone from drowning in it. Indeed, deterrence appears only to displace deaths to other sites.

Deterrence is a simplistic approach that ignores push factors and the systemic failure of enforcement-related strategies to deal with illicit markets like people smuggling.((https://theconversation.com/theres-no-evidence-that-asylum-seeker-deterrence-policy-works-8367)) Even if deterrence works, it remains inhumane, and there are better ways to prevent people drowning at sea than child abuse.

A policy of detention is inhumane, because the abuse of some to prevent the possible suffering of others is a utilitarian argument that ignores the fact the people being abused are human beings endowed with human rights. This violation of their human rights contravenes international human rights law. It is not illegal to seek asylum.

Humane ways of preventing people drowning at sea include:

• Increasing the humanitarian intake to a reasonable figure, like 30,000 (in addition to the 12,000 from Syria).
• Investing in the UNHCR process so that the much touted ‘queue’ in countries like Indonesia is a genuine queue; one in which those waiting in it have their claim to asylum processed in a timely fashion, so that they can see there is a real prospect of being resettled, thereby diminishing the incentive to take a dangerous boat journey.

One imagines costs would also go down if you actually process, rather than permanently detain them.

Making an example of vulnerable men and women, and their even more vulnerable children, is not setting a good example. These people have endured more suffering than you or I can imagine, and to add to that suffering is simply unconscionable.

In our 10 Point Plan for a Secular Australia((http://www.rationalist.com.au/10-point-plan-for-a-secular-australia/)), the RSA calls for government policies that are based on evidence, reason and compassion. The evidence for deterrence is weak at best, and moral reason and compassion deplores the use of people as pawns in a game designed to break the people-smugglers’ business model.

There is no excuse for child abuse. There is, however, still time to do the right thing.