Faith that is not justified?

Are our daily lives filled with faith that may be unjustified, as asserted by Barney Zwartz, Senior Fellow with the Centre for Public Christianity, in the Fairfax press?

It depends on the way you are using the term ‘faith’. Here, Ian Robinson, President Emeritus of the Rationalist Society, picks apart Zwartz’s facile arguments (in parentheses) 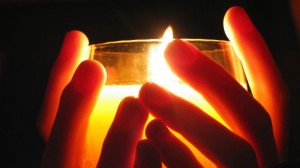 THE most famous description of faith (While this quote may be well-known in some Christian circles it is an exaggeration to say that it is the ‘most famous’ description of the concept) comes in the anonymous New Testament epistle to the Hebrews: ‘Now faith is the substance of things hoped for, the evidence of things not seen.’ (Zwartz is naughty to base his argument on the 16th century King James translation which, while being wonderful language, is notoriously inaccurate. Most modern versions translate the Greek word translated here as ‘evidence’ as rather ‘assurance’ or ‘conviction’. Which undermines Zwartz’ next point…)

Interestingly, faith is linked with evidence, and is indeed here seen as a form of evidence (… even in this anonymous first century sermon, faith has nothing to do with evidence as we now understand the word. In the 16th century ‘evidence’ was more closely related to ‘evident’ and meant ‘obvious to the sight’ or ‘clear to the understanding’. The implication that Christian faith is somehow evidential in the modern sense of the word is quite tendentious.) In many exchanges with atheists over the years, I have been told that faith  is irrational and therefore delusional, in contrast with their stance, which they say is clear-sighted and rational. (The discussion in this and ensuing paragraphs is predicated on muddying the distinction between the two main meanings of ‘faith’ which the Oxford dictionary sets out as follows:

faith1 = complete trust or confidence in someone or something;

faith2 = strong belief in the doctrines of a religion, based on spiritual conviction rather than proof.

Faith1 may be justified or unjustified, rational or irrational, depending on the reliability of the evidence and reasoning that lead you to have such faith in someone or something.  Faith2 is always irrational, because you start with the faith, and no evidence or reasoning can count against it. By blurring the distinction, Zwartz is attempting to claim the virtues of the first sense to cover the shortcomings of the second.)

It seems to me that such a belief requires an entirely uncritical faith, combined with a lack of self-knowledge. (Zwartz begins his argument by casting a skeptical pall over all our knowledge while at the same time accusing his opponents of relying on faith anyway as much as he does. This is a dangerous move as it seems to lead to the conclusion that neither the atheist nor the religious position is justified)

For if one thing is clear in the 21st century, it is that we are not transparent to ourselves, especially when we think we are. David Hume, the 18th century philosopher, observed with some justice that reason is – and ought to be – the slave of our passions. (This famous statement by David Hume appears in A Treatise of Human Nature, Book II, ‘Of the Passions’, Part III, ‘Of the Will and Direct Passions’, Section iii, ‘Of the Influencing Motives of the Will’. Its relevance to Zwartz’ criticism of atheists is difficult to see. The difference between atheists and believers is metaphysical and epistemological. Believers assert God exists. Atheists assert that God doesn’t exist, or at least that there is no compelling evidence that he does. Believers say they have faith in God’s existence and attributes. Atheists argue faith cannot be a path to knowledge, only evidence and reason can. But in the passage quoted, Hume is discussing neither metaphysics nor epistemology, but ethics, and in particular, asking what guides our actions, our reason or our passions. In this Section, Hume argues that ‘reason alone can never produce an action or give rise to volition.’ Moreover ‘Nothing can oppose or retard the impulse of passion, but a contrary impulse’. Therefore, according to Hume, when we talk about the ‘the combat of passion and of reason’ we don’t talk ‘strictly and philosophically’. In other words, in terms of volition, motivation, the will, ‘reason is, and ought only to be, the slave of the passions’. But this says nothing about the place of reason in deciding what does or does not exist, and how we know. Its placement here is obfuscating.)

We think we are employing unalloyed reason but often little understand how much it is shaped by our preferences, prejudices or unconscious influences of which we are unaware. (Zwartz seems to be referring here to those 19th and 20th century thinkers who held that the beliefs and conduct of human beings are not, as a matter of empirical fact, guided by reason, but rather by false conscious engendered variously by economic class (Karl Marx); or by their unconscious impulses (Sigmund Freud); or by their educational, cultural and social background (Karl Mannheim). But this is not the end of the story. Armed with this knowledge, the modern critical thinker does two things: first, being aware of possible biases in one’s thought, one takes steps to minimise them by, eg, specifically looking for and guarding against such distortions, and second, by not relying solely on one’s own possibly biased personal conclusions but on matching these with ‘the non-collusive agreement of independent observers’, which is more or less what the scientific community does. Science, and reason, always regard their conclusions as provisional and subject to amendment in the light of further knowledge. On the other hand faith2, based as it usually is on a one-off revelation, is set in stone (literally in the case of Moses) and whatever initial human ‘preferences, prejudices or unconscious influences’ shaped and perhaps distorted the belief in the first place remain quarantined from the implications of future discoveries.)

In fact, faith and reason are not polar opposites, (To assert that faith is irrational is not the same thing as asserting that faith and reason are ‘polar opposites’) as my atheist friends often aver, but exist on a continuum (There is no conceivable continuum on which reason and faith both appear. They clearly occupy quite distinct sematic spaces, in both senses of the word ‘faith’) and can overlap and reinforce each other.

Sometimes we may trust one person but not another without being able to explain precisely why. It is a combination of reason – judging argument, motive, demeanour and so on – and non-rational but real perceptions of body language, and doubtless many more factors. But it is perfectly reasonable – in the sense that anyone can understand it – to speak of having faith in someone we trust. (True, our daily lives could not operate if we never had any trust or confidence in some people and some things – faith1 if you like – but this trust or confidence is not a blanket acceptance; it needs to be selective, evidence based and, dare I say, tinged with at least a modicum of skepticism, depending on the situation. Many people have suffered greatly because of an unskeptical faith in eg a confidence trickster, scammer or dubious product, or even, as recent experience has shown us, in a major bank.)

Indeed, our daily lives could not operate if we never employed faith but acted on the basis of sceptical philosophy. We don’t know that the next tram will arrive, (This is not a happy example for Zwartz – any time spent at a Melbourne tram stop will reveal that there is a considerable amount of skepticism among prospective passengers about when and even if the next tram will arrive!) but we believe it will, and the fact that we are sometimes wrong does not disturb that faith. (This is simply not true. In the case of faith1 the more often our trust and confidence are violated the less faith we have  in future outcomes, until there comes a point when we lose faith altogether. It is only in the case of faith2 that disconfirming instances seem to have no effect on belief and are always rationalized away.)

We operate with the best knowledge available, often including faith. (This is a category mistake. Zwartz makes faith a category of knowledge, which it is not. The knowledge we possess may be the basis for faith1 in eg the stock market, but this faith is a product of that knowledge, not an element of it.) We spend decades investing in superannuation built partly on the premise that the sharemarket rises over time, despite oscillations.

For the religious believer, faith (For the religious believer, faith here is faith2 and we cannot draw conclusions about it on the basis of the discussion of faith1 above) combines many of these same properties:  analysis, experience, the promptings of the heart. (Zwartz is disingenuous here. In fact the only property of faith2 he lists here that is the same as one of those he lists for faith1 above is ‘analysis’. ‘Experience’ and ‘the promptings of the heart’ are mentioned here for the first time. This is a further attempt to illegitimately claim for faith2 the justifications of faith1.)  That is no guarantee it is justified, but none of us operates on the basis of guarantees. (Perhaps, but experience and the promptings of my heart tell me I can have more faith1 even in Melbourne’s public transport system than I can in God’s alleged custodianship of the universe.)