Time to think with our head 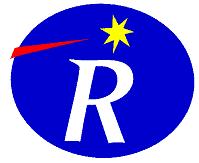 IN 1999 the Australian people rejected a constitutional amendment to establish a Republic. The continuing debate about replacing the hereditary British Monarch as our Head of State is desultory.

The issue could become urgent if our present Queen came to the end of her reign. It would be much better to be prepared rather than scramble to a hasty and unthought through answer.

The 1999 referendum questions should not be re-presented to the Australian people. The issue of Australia’s remaining constitutional tie to the British Monarch calls for a new approach that is simpler and more likely to receive general assent.

The Australian people are sovereign, not the British monarch

The Federal Constitution is written as if the Monarch of the UK were sovereign in Australia. This personal sovereignty was already something of a legal fiction in 1901. Today, the Australian people (not the Monarch) are sovereign in Australia. This is the general view of constitutional lawyers and conforms with general popular sentiment (although few people ever think explicitly about the issue). It is also arguably implicit in Section 128 of the Federal Constitution which is interpreted to mean the Australian people (not the Monarch) can alter the Constitution and indeed in the preamble, which cites the wishes of the people as the first reason for the Constitution to be written and proclaimed. Similarly, the States under their respective Constitutions implicitly recognise the sovereignty of the people of their respective States but explicitly maintain the fiction of personal sovereignty by the Monarch.

Another British Act of Parliament (the Australia Act) precludes the UK government from advising the Queen on Australian affairs (except as regards the Royal Succession). In other words, our independence from Britain is enshrined in British law, but not in Australian law.

British law, self-evidently, could be repealed or infringed by a British government. This may seem theoretical; but more plausible is that a British government might advise her on a matter of significance to both countries (for example to push for British commercial interests, disregarding ours – fair enough for the Brits to use their head of state for their purposes; but off-putting for our head of state to be used by a foreign government, perhaps against our interests).

[quote align=”center” color=”#999999″]What is the remedy? … Only a small change would be required: replace the present preamble by the words “We the Australian people affirm our sovereignty and this is our Constitution:”[/quote]

There would then have to be consequential textual changes. Where the Constitution presently refers to the sovereign the words “sovereign Australian people” would replace “queen” or “crown” etc., with such grammatical or other formal adjustments as this necessitates. Those elements of the present preamble that may be useful in Australian law would be repackaged in an appendix.

In short, all that is proposed are minor amendments to bring the text of the Federal Constitution into line with present popular and legal opinion and sentiment. No change is proposed in our operational constitutional arrangements. No expectations or fears of drastic change are warranted.

How does this contrast with the proposals rejected in the 1999 plebiscite? The first question put to electors was whether they approved of a proposed law to “alter the Constitution to establish the Commonwealth of Australia as a republic with the Queen and Governor-General being replaced by a President appointed by a two-thirds majority of the members of the Commonwealth Parliament”.

In retrospect, this question invited a negative response. It suggested that a major change was proposed and that the name or nature of the Federation might be changed. In reality, there is no reason to call ourselves anything other than “the Commonwealth of Australia” or to mention the word “republic”, which has no positive resonance for most Australian people.

It proposed giving Australia a “President”, when that word has negative baggage for most Australians. It proposed merging the currently distinct roles of Head of State and Governor General, which would be a radical change to our constitutional arrangements. It suggested this President would be our sovereign. It proposed enshrining in our Constitution a procedure for appointing the President, when public opinion on that issue was divided.

Role and powers of our Governors

It is worth considering the powers and role of the Governor General and State Governors. Our Constitutions say that the Governor General and State Governors have several explicit powers and responsibilities. Notably they call and prorogue Parliament and have responsibility for giving Assent to convert bills into Acts (i.e. law). This latter power is extremely important. Assent should be refused if a bill had not passed the constitutionally required processes. The power thus acts as a deterrent and backstop forcing governments to make sure all legislation is procedurally correct.

In practice the Governor General and State Governors have acquired more far-reaching powers and duties. They appoint and dismiss prime ministers and premiers and thus governments. They have unspecified “reserve powers” which amount to the power to do whatever is necessary in the national interest in circumstances unforeseen by the Constitutions.

If the textual change to our Federal Constitution made explicit the sovereignty of the Australian people, the Governor General’s legal role would continue unchanged – as would his/her title.

The Governor General plays yet another role which is not mentioned in the Constitution and which she or he fulfills because the Head of State is usually absent from Australia and little involved in its affairs. The Governor General seeks to embody the nation and to speak for us, both domestically and internationally. But her or his ability to do so is constrained by an unclearly delineated role in this sphere and the competing existence of the British Monarch as Head of State.

Today our Head of State has only one legal function: to appoint or dismiss a Governor General or a State Governor at the request of the government of the Commonwealth or of the relevant State. This function is purely mechanical: it involves no choice or power of refusal on the part of the Head of State.

The Head of State also has an important potential role, not mentioned in the State or Federal Constitutions. That is to be representative of us, an embodiment of the nation and as such the focus of our loyalty and able to articulate our feelings. She or he can speak on behalf of the nation domestically and internationally and send messages to foreign heads of state or to Australian communities or individuals. She or he can also perform ceremonial roles, including awarding decorations (again on the instructions of the government).

The British monarch is unsuitable to these roles. The appointments of Governors General or State Governors at the bidding of the relevant government is so automatic that a machine could do it – albeit a machine would not have the necessary dignity and legitimacy in our eyes. In other words, our Constitutions and our expectations require this role to be performed by our Head of State. At the moment this is the British Monarch, but any other legitimate Head of State we gave ourselves could do it equally well. The British Monarch and members of her family fulfil some ceremonial functions when they visit Australia and can on occasions act in relation to Australians outside Australia. But she/he is ill-equipped to act as an embodiment of this nation for domestic purposes. She lives outside Australia and is focused on British affairs. She cannot understand us or articulate our feelings the way an Australian could. She is a confusing focus of loyalty for newcomers to this country – more than one in five of us.

Most Australians are put off by the process whereby the successor to the British Monarch is chosen. We don’t like the fact it is by inheritance nor that it is not open to an Australian. Even more inconsistent with our sovereignty – although again not an issue on which most Australians are currently focused- is the ability of non-Australians to determine who is our Head of State. The Royal Succession remains a matter on which the UK government retains the prerogative to make decisions.

The Monarch of the UK is not equipped to act for Australia in international affairs. In Britain, New Zealand, Canada, Papua New Guinea and her other realms, they see her as their, not our, Head of State. She cannot represent us to them. When visiting a foreign country beyond her realms she is seen there as the Head of State of the United Kingdom, not Australia. In her international dealings, she advances the interests of the United Kingdom, not those of Australia.

At the emotional level, what the House of Windsor means to us as individuals varies from the deep affection of the monarchists, through the mild good will of many, indifference of many others and active dislike of some. They are no longer a unifying focus, nor an emblem of our nationhood.

Historically, there was a time when Australians legally were British subjects and this common subjection to the Monarch of the UK was part of our sense of identity. Economically and militarily we were part of the British Empire and culturally, although we were provincial and increasingly local, the UK was almost our exclusive touchstone. We spoke of the British Isles as ‘home’. But all this has changed, since World War 2, especially after Britain’s entry into the EC and our tentative involvement with post-colonial Asia. We have strong remaining ties with the UK, a large and valued British inheritance in our institutions and many of us have deep involvement with and affection for family and at least some aspects of Britain. All that is much more significant than the residual token function of the British Monarch in anointing our choice of Governor General or the dead letter references to the Queen in our constitutions. The real ties do not depend on these anachronistic leftovers and would not be diminished if their wilted remains were discarded.

If the Head of State lived in Australia and were focused on Australian affairs she or he could be expected to perform better than an absent, distant British Monarch at understanding and articulating the feelings and aspirations of the Australian people at times of triumph, sorrow, introspection or rededication – if only because she or he had been chosen for this task and was committed to it full time. He or she would be more effective as a focus of loyalty and popular affection. Internationally she or he would be immediately and uniquely recognisable as an embodiment of the Australian nation.

The Head of State would inevitably compete to a degree in these roles with the Prime Minister – as does the Governor General today. Management of this relationship would call for skill on both parts. But if the Head of State also had the powers of Governors General, to assent to bills, appoint governments, call or prorogue parliaments etc, the power of the Head of State against that of the Prime Minister would be increased to the point of changing our constitutional arrangements. There is very little demand for such a change and much fear of what it would mean.[quote align=”center” color=”#999999″]The Australian people are ready to affirm their sovereignty, as long as they are not asked at the same time to change our constitutional arrangements as well.[/quote]

I believe the Australian people are ready to affirm their sovereignty, as long as they are not asked at the same time to change our constitutional arrangements as well.