The Passing of Desmond Ball

As with many of those who die of cancer, the death of Desmond Ball this week did not come as a surprise to those who knew him. He had been ill for quite some time. Still, when it occurs, the death of someone we have known and esteemed always gives us pause. So it is with Des.

In my personal case, having known Des for over thirty years, read his books and discussed his work both inside and outside the Australian intelligence service, his death is an occasion to reflect both on his very considerable contribution to strategic thought and intelligence analysis in this country and on mortality itself. 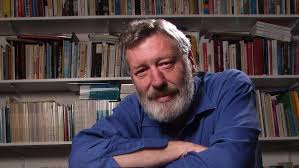 As Des’s illness worsened, over the past couple of years, I was fortunate in my own arm wrestle with cancer and am now informed that I am in full remission. Des did not have that good fortune. In more than the usual sense, therefore, I am led to reflect on the fact that he is gone and I am still here.

I first met Des at ANU in 1983, when I arrived there to undertake a PhD in International Relations. He was in his prime then. In the 1970s, he had won a national reputation and the beginnings of an international one for his probing inquiries into the nature and uses of US bases in Australia and the structure of the famous Five Eyes intelligence alliance.

That was the Reagan era and 1983 saw a particularly worrisome nuclear crisis, not widely reported at the time. Des’s work on nuclear strategy and the inherent flaws in nuclear war fighting doctrine was immensely important and insightful. It has been praised by former US President Jimmy Carter as a major contribution to keeping the use of nuclear weapons in check and beginning the long process of de-escalation under the SALT treaties.

At the end of the 1980s, having completed my PhD – on US counter-insurgency strategy in Southeast Asia and Central America throughout the Cold War – I applied to work for the Department of Defence. I was initially denied security clearances and it became clear than one indirect reason for this was Des Ball.

That was in early 1990. I was able, finally, to get my clearances and worked in DIO for some years. Once accepted, I busily cultivated contacts with as many good academics as I could, including Des. His books were by a wide margin the best and most informative sources in the public domain on the Australian intelligence system and its foreign linkages.

In 1994, I was myself on a recruitment interview panel for applicants to join DIO. One of my questions to each candidate was whether they had read any particular book that had motivated them to want to work in intelligence and, in particular, any of the books by Des Ball. I was dismayed to discover that not one of them could name any such book. They had certainly not read Des’s book on Pine Gap, or his classic book (with Jeffrey Richelson) The Ties That Bind (1979).

I stayed in touch with Des after leaving DIO and, in 1998, reviewed his book Breaking the Codes, about the Venona intercepts and the discovery of the Clayton spy ring in Australia in the 1940s, which included spies inside the Department of External Affairs and the office of the Minister of External Affairs. This from a man deemed ‘very dangerous’ by old Ray Hearn at JIO only eight years earlier.

In 2000, Des asked me whether I would review his hard hitting indictment of the Whitlam and Fraser governments’ handling of the Indonesian invasion of East Timor and, in particular, the deaths of five Australian-based journalists at Balibo, in October 1975: Death in Balibo, Lies in Canberra.

I have seldom given so much minute attention to a review as I did in that case and I pointed out a number of flaws in the argument that he and his co-author Hamish McDonald had made in the book. But it was characteristic of Des that he was in no way defensive about this. In his good-natured, somewhat bohemian manner, he quipped to Hamish: ‘I told you he was smart!’

A few years later again, Des invited me to collaborate with him in finally putting together a scholarly account of Soviet espionage in Australia during the Cold War. He said that there had only ever been dribs and drabs, speculation and scandal surrounding this subject and that perhaps we could put together a better documented analysis.

I was very attracted to working with him on this project and accepted a number of files from him, especially on GRU (Soviet military intelligence) and KGB rezident activities going back to the 1940s. I would very much have liked to work with him, but personal and business commitments finally made it impossible and I had to withdraw.

Perhaps because of his reputation in his early years, in the 1970s, as much as the subject matter of many of his books and the overlaps with my own interests and concerns, I have long identified Des with Midnight Oil and, as I write this I am listening, for the first time in years, to their famous songs ‘Outside World’, ‘US Forces’ and ‘Short Memory’, among others.

Our esteem for Des and his academic work and his bluff, worldly, candid personality should not lapse due to short memory. He has been one of this country’s finest analysts of the outside world and of US forces and we are all indebted to him for his scholarship, his honesty, his attention to detail and the very Australian character of the liberties he took and the freedoms he cherished – here and abroad.

I did not get to see him in his last months and am prompted to call to mind, therefore, at his passing away, the very fine elegy by the Roman poet Catullus, who arrived back in Italy from travels in Greece 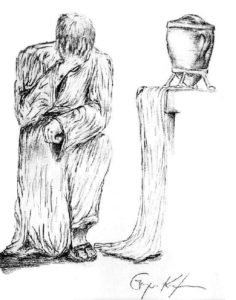 too late to see his brother before the latter passed away. He wrote –  I would love to quote him in the original Latin, but I fear too few would be able now to understand it, so I shall offer my own somewhat free prose translation:

I have come across whole countries and over the sea, brother, full of misgivings, to offer you the last gift to the dead and to address in vain your mute ashes. It seems that the roll of the dice has deprived us of you unjustly, luckless, brave, comrade in arms. Still, here and now, let me utter such things as are, by ancient tradition, offered up at such sad obsequies: accept my grieving, fraternal commemoration within your emptied house. Hail, brother, and forever farewell.