Submission to the Legal and Constitutional Affairs References Committee.

The Rationalist Society of Australia is the country’s oldest freethinking organisation. We advocate the use of reason and evidence in public policy, and we champion a secular, religion-neutral future for Australia. 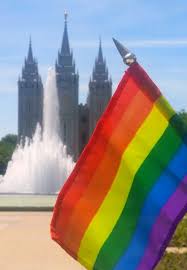 Following the recent debates and controversies during and after the Ruddock Inquiry, we recommend the non-partisan development of a framework for understanding and balancing of human rights generally – including the important rights of religious freedom and freedom from unfair discrimination. This would be preferable to knee-jerk reactions and responses aimed to the public outcry following the leaking of certain recommendations. A period of sober reflection and informed public debate would be helpful.

Such a framework of understanding should recognise a consistent and reasonable balancing of rights available to various institutions, including but not limited to schools, universities, hospitals, aged care and retirement services, the public service, the defence forces, sporting clubs, and workplaces.

The conflict or overlap of competing rights tends to occur most when the conduct, beliefs or identity of an individual or group conflicts with the ethos of a religiously-owned business or entity. We should remind ourselves that legislation drafted with schools in mind will draw on principles likely to apply more broadly.

The Committee should not be distracted by the red herring of perceived legal problems with the proposed legislation. A framework of understanding should define the desired outcome, followed by drafting of appropriate legislation.

A framework of understanding could articulate a series of outcomes, based on a clear set of values. This would mitigate the risk that legislation based on one set of ideological principles would be later undone by changes based on another set of principles. For instance, one could foresee the removal of all exemptions to the Sex Discrimination Act being followed by legislation seeking to extend religious freedom. Better to balance all human rights by first formulating a framework of principles to guide future legislation.

1. Freedom of Religion AND Belief

A pluralistic, liberal democracy like Australia should promote and defend freedom of religion and belief; this would include freedom from the imposition of religious doctrine, particularly via public institutions. The Human Rights Committee of the United Nations makes clear in their General Comment 22 that the right to “freedom of thought, conscience and religion .. protects theistic, non-theistic and atheistic beliefs, as well as the right not to profess any religion or belief.”

Allowing free manifestation of beliefs, religious or otherwise, is relatively simple where religious or other ideological beliefs align with prevailing social norms. For example, schools that mandate daily assemblies or require teachers to teach sport on occasional Saturdays will attract little criticism. But where religious or other ideological beliefs deviate significantly from prevailing social norms, controversy – quite properly – erupts. For example, schools that teach creationism as if it were science, or that dismiss teachers found to be unmarried parents, will attract serious criticism. This is entirely legitimate because such practices are seriously out of step with the social norms of a modern, liberal democracy.

A pluralistic, liberal democracy can and should accept the existence of institutions, including schools, that reflect varying religious and other ideological beliefs, as long as they recognise and comply with prevailing law. It is legitimate for faith-based schools to have the right to form and to operate in accordance with their ethos and values, within the constraints of the wider society which gives them the social licence to operate. However, there is no obligation for the state to support with taxpayers funds the foundation or continued operation of such institutions.

Faith-based schools in Australia have in the past operated more or less in alignment with the wider social norms of Australian society. When those norms progressed in response to evolving knowledge and better understanding of humans and human nature, many schools adjusted; single sex schools became co-ed, or at least employed teachers of both sexes, rather than clinging to outdated notions of strict separation between boys and girls, men and women.

Of recent times, many faith-based schools have adjusted to the legitimation of LGBTI people as fully equal citizens, publicly acknowledging not only that they would not discriminate against LGBTI children but that they do not want the legal right to do so[1]. Schools that do not so acknowledge are fighting against the trajectory of modern scientific understanding of human sexual variability. They will have to change, eventually.

The Rationalist Society holds that a liberal, pluralistic society should tolerate varying religious and other ideological belief systems, within the legal and social licence to operate provided by society. That licence to operate is not static, neither legally nor socially. It changes as society changes.

However, change takes time, and we recognise that some institutions need more time than others to adjust. Some period of transition may be appropriate.

Among other things, the Ruddock Inquiry recommended that schools wishing to maintain legal exemption from the general principle of non-discrimination should be allowed this privilege if and only if they make their chosen policy transparently clear to all stakeholders.

Such a provision would go some way to reducing the harms that might be caused to LGBTI teachers whose application for employment might be rejected for no obvious reason or who might be caught unawares by arbitrary dismissal[2]. To be consistent, however, should a school adopt and advertise such a policy, they should be required to act consistently, so that stakeholders know exactly ‘where they stand’ and the potential for unanticipated harm is reduced. This would mean schools advertising a discriminatory policy should be restricted to hiring only from within their chosen religious group.

Drawing on the principle of avoidance of harm, the RSA suggests that the idea of allowing schools to discriminate against LGBTI adults in return for policy transparency should be part of a set of transition measures, to be concluded after a period that would allow schools to adjust their cultures. A sunset clause of, say, five years might be appropriate.

During this transition period, schools could prepare for one of two possible futures: either renounce their legal licence to discriminate, or prepare for a future free of government funding.

What should be non-negotiable is a future where the full humanity of every person in Australia, whatever their immutable characteristics, is acknowledged and defended by the law of the land. The state should have no part in maintaining institutions that transgress the social, let alone legal, licence to operate.

The Rationalist Society of Australia recommends: