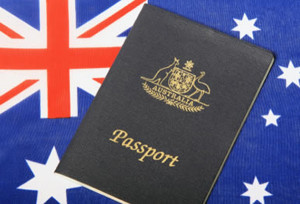 The Rationalist Society (RSA) is Australia’s oldest free-thought organisation, established in 1906. Over the past 100 years or so, the RSA has promoted reason and evidence-based decision making in public policy, independent of theological creeds and dogma. One of the major aims of the RSA is to raise awareness among the public of the value of Reason and the benefits of a rationalist approach to life and living.

The Rationalist Society of Australia (RSA) agrees with the statement by the Department of Immigration and Border Protection that “Citizenship is a cornerstone of Australia’s inclusive and pluralist democracy.”((Dept of Immigration and Border Protection, Australian Citizenship – your right, your responsibility, http://www.immi.gov.au/pub-res/Pages/discussion-papers/citizenship-right-responsibility.aspx#. Accessed 6 June 2015.)) Among other things, Australia’s democracy rests on a strong commitment to the rule of law – the legal principle that law should govern a nation as opposed to being governed by the arbitrary decisions of government officials. For this reason, the RSA is alarmed at the proposal to strip citizenship from Australians without recourse to the rule of law.

The UN Declaration of Human Rights Article 15 states that “Everyone has the right to a nationality” and “No one shall be arbitrarily deprived of his nationality nor denied the right to change his nationality.” The RSA believes Australia has a moral obligation to respect this human right and to deal with its own citizens who act in criminal ways – not caste them off to some other country.

The RSA strongly rejects the idea that the Australian Citizenship Act should be ‘modernised’ to enable the Minister for Immigration and Border Protection to revoke Australian citizenship. The risk of getting it wrong, of an inappropriate use of such broad discretionary powers, is too great. In 2007, Indian doctor Muhamed Haneef was accused of aiding terrorists, and arrested and detained without charge for weeks before the charges were eventually dropped. A subsequent inquiry concluded that the evidence against Haneef was “completely deficient”; that ASIO had reported to the government there was no information that he was guilty of anything (but this was ignored); and that the responsible official (in charge of counter-terrorism) had lost objectivity and was “unable to see that the evidence he regarded as highly incriminating in fact amounted to very little.”((Attorney-General for Australia, Transcript of the Clarke Inquiry into Haneef Case, http://web.archive.org/web/20080720052039/http://www.attorneygeneral.gov.au/www/ministers/robertmc.nsf/Page/Transcripts_2008_13March2008-ClarkeInquiryintotheHaneefCase. Accessed 6 June 2015.)) Lawyers in the case also suggested the early involvement of the Prime Minister of the day, John Howard, served to politicise the issue. This case alone should be sufficient to demonstrate that the risk of relying on Ministerial discretion in such matters is unacceptable.

It should go without saying that an Australian citizen should not be rendered stateless. In 1973, Australia ratified the Convention on the Reduction of Statelessness, which obliges contracting States not to deprive people of their nationality so as to render them stateless((United Nations High Commissioner for Refugees, Convention of the Reduction of Statelessness, http://www.unhcr.org/3bbb286d8.html. Accessed 6 June 2105.)). It also says a State may deprive a person of citizenship if they have acted “in a manner seriously prejudicial to the vital interests of the State” but only in accordance with the law “which shall provide for the person concerned the right to a fair hearing by a court or other independent body.” Therefore, Australian citizenship should only be revoked after due consideration by an independent legal body and not upon the discretion of a government official, even a senior official such as a Minister of the Crown.

In practice, there will be instances where the government must deal with Australians who have travelled to fight in foreign battles, against the interests of Australia. Rather than revoke their citizenship, the RSA is of the view that such people should be assessed and if found to have committed crimes, should be duly prosecuted. However, potential allies in the battle against radicalisation should not be ignored. If a returning fighter is disillusioned with what they have seen and experienced, we agree with experts like Professor Greg Barton of the Monash Global Terrorism Research Centre and Dr Tim Legrand of ANU’s National Security College, who urge a more sophisticated approach. Dr Legrand suggests that “disillusioned foreign fighters are uniquely placed to offer a credible and powerful counter-narrative to the Islamic State’s sophisticated online media message”, and that just locking them up risks losing a “significant opportunity to safeguard national security by acquiring improved intelligence.”((T. Legrand, We should be using returning foreign fighters against Islamic State, http://www.abc.net.au/news/2015-05-20/legrand-foreign-fighters-can-help-us-battle-islamic-state/6484590. Accessed 6 June 2015.)) Dr Barton agrees that de-radicalised individuals can provide a powerful disincentive for others, and that it is important to give “some serious thought about how we treat people who feel that if they do speak up, they will be in jeopardy.”((G. Barton, quoted in the Saturday Paper, Fighting Muslim radicalisation, https://www.thesaturdaypaper.com.au/news/law-crime/2015/05/16/fighting-muslim-radicalisation/14316984001879#.VXKCbc-qpBc. Accessed 6 June 2015.)) Programs that seek to find ways to reintegrate disillusioned radicals into society have begun to show results, such as the Aarhus model in Denmark((The Guardian, How do you deradicalise returning Isis fighters?, http://www.theguardian.com/world/2014/nov/12/deradicalise-isis-fighters-jihadists-denmark-syria. Accessed 6 June 2015.)).

Tightening laws is unlikely to deter potential foreign fighters driven by ideology or youthful disaffection. Professor Andrew Silke, director of terrorism studies at the University of East London, explains that the attraction of becoming a foreign fighter can be (at least partly) explained by the psychology of the developing brains of young men. “Essentially their brains are not fully developed and between the ages of 17 and 25, they have certain deficiencies, and one deficiency is with regard to risk and risk assessment.”((R. Carbonell and S. Carland, Assumptions: what we get wrong when we think about terrorists, http://www.abc.net.au/radionational/programs/showcase/assumptions-what-we-get-wrong-when-we-think-about-terrorists/6532820. Accessed 13 June 2015.)) Risk is seen as exciting at the time but “most terrorists will leave the group or the movement within seven years”. While there are many factors at play, Professor Silke’s research showed the one thing foreign fighters had in common was that “they’re weren’t happy at the time they joined up … happy, content, satisfied people do not become terrorists. It’s as simple as that.”

Rather than ostracise these young men, the RSA believes the government has an obligation to work to decrease alienation and increase integration.

Citizenship test and pledge of commitment

The RSA does not support the citizenship test in principle and in practice. It does not and cannot achieve its purported aims – that is, to identify those who commit themselves to Australia and her values, and reject those who do not. Rather, the test acts as a barrier to those whose first language is not English and those who are not familiar and comfortable with this form of assessment. Given the test is clearly not ‘fit for purpose’, we conclude it was introduced as an exercise in cynical politics – an attempt to show that the government is acting to filter out undesirables.  The so-called citizenship test should be withdrawn immediately.

However, if the test remains, the RSA supports strengthening questions about the secular nature of Australia and in particular the equality of men and women both legally and socially. There should also be questions that go to the rights of civil disobedience, peaceful protest and freedom of speech. Rather than limiting the number of times a person can take the test, more care should be taken to ensure the test is easily understood and accessible.

Beyond these specific matters, RSA is of the view that measures should be taken to increase rather than diminish social cohesion. Amongst such measures should be the removal of programs that institutionalise division along religious lines, such as the National Chaplaincy Program and various State programs of special religious instruction. RSA strongly supports the Civics and Citizenship strand of the national curriculum, and believes the General Capability of Intercultural Understanding should be given greater prominence and commensurate resourcing to implement it. There should also be more focus and funding on addressing problems of youth unemployment.