In 2012 a year 11 student at a Sydney Catholic school wrote to the Rationalist Society of Australia requesting answers to a set of seven questions for a project she was doing. Below are the seven questions and the responses written by Ian Robinson, President Emeritus of the RSA. 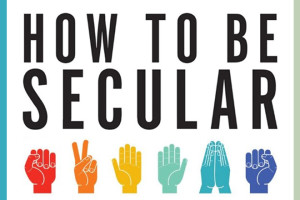 1. Why do you think Australians are moving away from traditional parties founded upon religious values and looking towards a secular government?

The only major party in Australia ever founded even indirectly on religious values was the now virtually defunct Democratic Labour Party. All the major political parties today and in the past are based not on religious values, but on political and social values, values such as freedom, equality of opportunity, security, individualism, community, fairness, justice, fair distribution of resources, and so on. The differences between them are more matters of emphasis than of basic values, so for example, the Liberal Party may emphasise free markets and security more while the Labor Party may emphasise equality of opportunity and the fair distribution of wealth. But, in answer to your question, Australians have always supported parties not based on religious values. Thus they are not moving away from them. However what may be happening is that Australians in general are less inclined to let religious values interfere with and override the more fundamental social and political values our society is based on.

2.  Do you believe Australia should completely turn away from the Christian values that she was historically based upon?

This question is predicated on an invalid assumption. Historically Australia was not based on Christian values but the ideas more or less associated with the Eighteenth Century Enlightenment, from which we get most of our important social and political values: freedom of speech, universal education, scientific method, freedom from dogma, separation of church and state, tolerance, and especially the three central values – liberté, egalité , fraternité, ie liberty, equality and fraternity. These are widely accepted if not universal values. Very few if any specifically Christian values underpin the Australian ethos. (Have you read the United Nations Declaration on Human Rights?)

3.  How long do you think people of Australia have been considering a secular nation?

The idea of a secular nation was embodied in the Australian Constitution in 1901, when Australia was formed, and was very prominent even before then. So the answer is, from the beginning. The Constitution tried to keep the separation of Church and State very clear and distinct. To a certain extent it failed because its wording permitted a later High Court strongly biased towards religion to misinterpret the intention of the founding fathers and allow governments to support religion and this has caused a blurring of the Church/State distinction in the last few decades.

4. Do you think Australia’s government will ever completely turn to secularism?

The answer to this question is that civil government is and ought always to be secular, so the question is makes no sense. Perhaps what you mean is: will religion ever have no influence on the decisions of secular government? I don’t think so. Religions have the right to express their opinions; but I don’t think secular decisions can be based on non-secular, ie religious, values. Religions must argue from those secular values that they support.

5. Do you think religion is on the downfall and where do you think atheism or no religion stands; rise, fall or stable; higher or lower then religions?

It is not a matter of what I think. The plain fact is that religious numbers have been falling steadily for a number of decades and atheism or indifference to religion are rising rapidly. Across the world, it is only in poor countries, where religion offers the false hope of a better life after death, that religion is growing. There is a strong correlation between the education and welfare levels of a country and the number of people who reject religion. The more people know, and the less they have to worry about, the more likely they are to reject the delusion of religion.

6. Of the following, which political party do you think has the closest policies to secularism and why?

I think they are all secular. Some are more susceptible to religious influence than others. There has always been a strong Catholic element in the Labor Party and the current leader of the Liberal party and some of his shadow cabinet are committed Catholics. The Greens tend to more atheist or agnostic.

7. Why did you personally choose to follow non religious policies?

(a) I don’t believe religious views, even if I held them, have a place in political life. (Note: This is not the same as saying that the political views of religious people do not have a place.)

(b) I don’t believe there is any convincing evidence for the supernatural claims of religion, and there is a plethora of telling evidence against them.

(c) I believe on balance Religion has not been a force for good in the world. Although there have been some admirable religious believers who have done some very good things, Religion has also given us exceptionalism and intolerance of others, and in the past (and in the latter two cases, to this day) religions have leant significant support to absolute monarchy, hierarchical societies and hereditary privilege, slavery, colonialism, curbs on free speech, the subjugation of women and exploitative right-wing and fascist dictators and oligarchies. Recently, a study showed that  higher rates of belief in and worship of God in a country correlate significantly with a higher incidence of social dysfunction, measured by higher homicide, juvenile and early adult mortality, STD [sexually transmitted disease] infection, teen pregnancy, and abortion rates.

So I think anybody who cares about their fellow human beings and cares about the truth ought to eschew religion and try to do good by non-religious means.