Presentation: Reason vs Emotion: key drivers in the history of moral progress

key drivers in the history of moral progress

An address to the NSW Humanist Society, June 2014

Historically, Reason was assumed by the ancients and by medieval philosophers to be superior to Emotion – it was what made humans human. These days, however, Emotion seems to have been elevated over Reason – one only has to think of the endless portrayals of anger, greed and sex in Hollywood films, the psychology-driven tricks of spin doctors in the political game or the heart-wrenching efforts of marketers soliciting for the philanthropic dollar.

Enlightenment philosopher David Hume famously asserted that “Reason is a slave to the passions.”  Modern neuroscience is now showing that, in essence, he was right. But does that mean we should just give in to our emotions?  What is the role of Reason in moral progress?

Let’s begin with a quick look at some history. 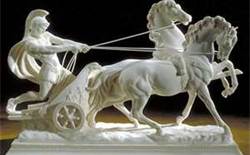 Both Plato and Aristotle saw Reason as inherently superior to the Emotions, with Aristotle arguing that human happiness depends on the exercise of Reason. This idea of the superiority of Reason influenced philosophers for centuries. Reason was what distinguished humans from the animals and the emotions simply got in the way of its proper exercise.

During the Enlightenment, many thinkers challenged the classical world of Plato and Aristotle. Some, like Rene Descartes, continued to argue the superiority of Reason – his was an early form of philosophical rationalism. David Hume however, turned this around and argued that “Reason is a slave to the passions”. Hume argued that we project subjective feelings onto an act and call it bad if it makes us feel bad and good if it makes us feel good. On this basis, what is considered good or bad – ie, ethics – is merely subjective and cannot be made philosophically objective.

In the 17th century political philosophers differed on whether the nature of human nature was essentially good or bad. Thomas Hobbes argued that humans were essentially greedy and violent, driven by their Passions. But to allow the passions to reign made no sense, as it only led to a “life of man, solitary, poor, nasty, brutish and short.”  Instead Hobbes argued that Reason dictates the pursuit of Peace. But because the passions get in the way, there needed to be an overarching Leviathan (irresistible power) to keep the Peace. This was an early form of the now well-known concept of the ‘social contract’.

Jean Jaques Rousseau on the other hand had a more benign view of the nature of human nature. He argued that human civilization had seen progressive moral deterioration, so that contemporary society was riven by jealousy, fear and suspicion. Unlike Hobbes, he believed humans were naturally moral, based on the instinctive disinclination to witness suffering. What was needed was not a Leviathan but simply reclamation of innate reason and tolerance.

These and other ideas led eventually to the emergence of two main schools of ethical thought: Utilitarianism and Deontology.

Utilitarianism is the idea that what is morally good could be calculated by reference to what makes the greatest number of people the happiest. Focusing on the outcomes of a decision, it has also been called Consequentialism.

Deontology on the other hand focuses not on the outcomes of an act but on the means to those outcomes. A deontologist is concerned about doing the right thing, even if that might result in suffering.

Possibly the best known modern proponent of Utilitarianism is Australian philosopher Peter Singer. Among other things, he known for his idea of the ‘expanding circle of empathy’; he argues that it’s human reason that forces us to feel for the unfortunate and the disadvantaged beyond our immediate family and tribe.

Since the rise of psychology as a scientific discipline, it has become clear that Hume was more right than Plato and other idealists. We do tend to be ruled by our passions. We can see this in films and advertising, politics and literature. Hollywood films are full of sound and fury; advertising pulls on heartstrings, fear or greed; political spin doctors continually find ways of appealing to empathy, envy or resentment.

Emotionality works. But why is this so?

Reason and Emotion in the Brain

Over the last 20 years, there’s been an explosion of research on how the brain works. We now know there are certain regions of the brain associated with the emotions and other parts associated with intellectual reasoning. 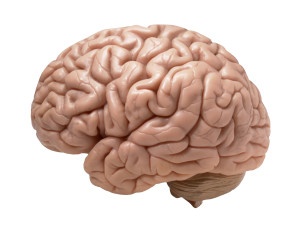 The amygdala is located deep in the back of the brain near the top of the spinal column and has been shown to have a primary role in processing emotional reactions. It’s part of what’s called the limbic system, a complex set of brain structures that deals with emotions, motivation and long term memory. The prefrontal cortex lies across the front of the skull above the eyes and has been shown to underlie complex cognition, decision making and moderating social behaviour.

Renowned neurobiologist Antonio Damasio studied people with damage to those parts of the brain where emotions are generated, and found that their ability to make decisions is also damaged. They could describe the decisions they were supposed to make but couldn’t find any basis on which to make those decisions: there were pros and cons on both sides, so how to decide?  Importantly, this inability to make decisions extended to moral decision-making. They could lie, steal, cheat and ignore punishment with impunity. This research implies that the ability to experience emotions is essential to decision-making, both logical and moral.

Other research has shown that damage to the prefrontal cortex not only leads to problems with intellectual functioning but also severely damages the personality. Up to the 1970s, thousands of lobotomies were performed, mostly in an attempt to treat severe psychiatric disorders like schizophrenia. In some cases the result was catastrophic, in most cases debilitating. Patients not only lost much of their intellectual capacity but were emotionally blunted. Rosemary Kennedy, the sister of JF Kennedy, had a lobotomy at the age of 23 and was left permanently incapacitated. Again, this research demonstrates the intimate connection between the intellect and the emotions. 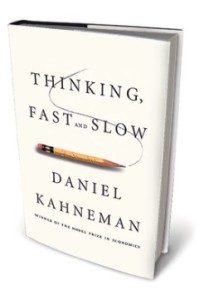 Economist Daniel Kahneman won the Nobel Prize in 2002 for his work on the psychology of decision-making. His book Thinking, Fast and Slow explores the myriad ways humans suffer from cognitive errors. In this book, he proposes two ways of thinking that he labels System 1 and System 2. System 1 thinking is the sort of thinking we’re not even aware of, the sort of thinking involved in driving a car while talking to a passenger, completing the phrase “bread and …”, or detecting hostility in a voice. It’s fast, automatic, and emotional. System 2 thinking is the sort of thinking needed if challenged to multiply 17 by 23, or fill out a tax form, or listen for a particular voice in a crowded and noisy room. It’s slow, effortful and logical. Because System 1 naturally relies upon accumulated experience and existing neural patterning, it’s particularly susceptible to making cognitive errors if faced with a new and unfamiliar challenge. System 2 is less susceptible to error but consumes a lot more energy. The brain, like any organ of the body, naturally attempts to minimise the amount of energy it uses and so as humans, we naturally gravitate towards using the easier, but more error prone, System 1 thinking.

This model of System 1 and System 2 is a way of conceptualising the operation of the emotional and the intellectual parts of the brain. Mostly, we “run on automatic pilot”, and the emotional parts of our brain determine our spontaneous reactions to events around us. But if we want to, we can “switch on” System 2, and consciously make the effort to assess and evaluate what’s going on around us more logically. It’s a choice.

Human evolution has resulted in these two “systems of thinking” for a reason. We couldn’t operate on System 2 thinking alone – we’d be overwhelmed by the sheer intellectual task of making sense of everything going on around us. But if we allow ourselves to operate on System 1 alone, we miss out on what makes us distinctly human.

Has Reason lost its Power?

Recently on TED.com there was an imaginary animated discussion between psychologist Steven Pinker and philosopher Rebecca Goldstein (they happen to be married to each other). In this imaginary discussion, Goldstein bemoans the fact that Reason appears to have fallen on hard times. Modern pop culture and politics have reached new depths and religious fundamentalism is on the rise. In response, Pinker wonders if this is such a bad thing and asks whether Reason has been over-rated. After all, he suggests, we now know we are in fact ruled by our bodies and our emotions and not by Reason. Whatever power of Reason we have is mostly used just to rationalize our gut feelings after having already come to a conclusion.

Can it be that Reason leads us to moral progress, he asks? 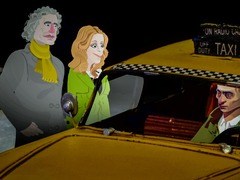 Rising to this challenge, the philosopher in Goldstein agrees that perhaps Reason on its own may not be enough – it needs two conditions:

But, Pinker counters, does this work in practice? Isn’t it actually our sense of empathy and human kindness that’s achieved moral progress – a kinder, gentler society?

No, Goldstein counters, empathy is not enough. As Adam Smith argued, we’re more moved by a minor cut on our own finger than the death of thousands in far-away places. Empathy is biased to ourselves, our family and our tribe. It’s not empathy but Reason that’s behind moral progress, she argues.

Why is this so? It’s because contradictions bother us, she argues. Cognitive dissonance feels uncomfortable and we naturally try to resolve it. Over history, there’s always been thinkers who have argued in the public arena why a particular practice was indefensible, inconsistent or irrational. Over time, the power of their logic has changed the way individuals, groups and whole communities feel and eventually a new way of thinking about these issues is absorbed into ‘the common sense of decency’. The modern anti-war movement can trace its roots back to the 16th century humanist Erasmus; John Locke in the 17th century challenged the prevailing acceptance of slavery; and Jeremy Bentham in the 18th century argued against casual cruelty to animals and the social abomination of homosexuality.

Pinker finally concedes that history does indeed demonstrate the motivating power of Reason in the moral progress of humanity. Together, they conclude by musing on what contemporary practices should also succumb to the assault of relentless logic:

Plato was not far wrong. We do struggle every day to manage unruly emotions with cool, clear intellect. We know now that thinking has both emotional and logical components. Moral judgements do originate in the more primitive, emotional parts of our brain. What we think of as rational choices are more often simply unconsciously driven decisions rationalised after the fact. But that doesn’t mean there is no hope for Reason.

Elevating Emotion over Reason is downright dangerous. It allows clear reign for System 1 thinking, driven by spontaneous emotions, unmediated by reflection. Fight or flight, kill or be killed.

But elevating Reason over Emotion doesn’t work either. It ignores what we now know about how the brain actually works, how we make decisions that lead to action.

We know Reason and Emotion are inextricably intertwined. The trick is to get people to understand how, and why it’s important to ensure we don’t take the less energy-intensive route of giving in to our spontaneous emotions.

And for that, we need better education in Reason and Reasoning, a program of teaching the skills of Critical Thinking for Adults.