Submission: On the Definition of Charity

Advancement of Religion should no longer be considered a Charitable Purpose 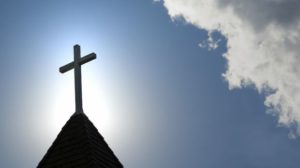 It is time in the 21st century to remove one of the anomalies in Australia’s definition of charity which we inherited from English common law and which in turn had its origins in proceedings occurring over 400 years ago when social and political norms were very different.

We refer to the inclusion of ‘the advancement of religion’ as one of the basic charitable purposes recognized in Australian legislation and regulation at all levels.

As the Consultation Paper points out: the common law definition is largely based on the Preamble to the Statute of Charitable Uses (known as the Statute of Elizabeth) enacted by the English Parliament in 1601 and Pemsel’s case which classified the categories of charitable under four heads.

One of those four heads was ‘the advancement of religion’.  This may or may not have been appropriate in 1601 when there was a State religion in England and even perhaps in 1894 when most people in Britain gave at least nominal adherence to Christianity and most charity work was religion-based, but it is hardly appropriate today when we live in a multicultural and multi-belief society in which religion has been a highly questioned and questionable activity.  As we all know, religion has not infrequently been directly responsible for some singularly uncharitable acts and activities.

The argument for removing ‘advancement of religion’ from the list of charitable purposes is so compelling that it can only have survived until now for non-logical reasons.  It is clear that the impact of the Christian lobby in Australian politics is so great – they even have a paid lobbyist in Canberra – that few politicians[1] have had the courage to even suggest the possibility that religion is not per se a charity.

It is sadly ironic that the political pressure religious groups are able to exert on politicians to prevent religion being taken off the list is in part financed by the substantial pecuniary benefits they receive due to their charitable status.

We do not deny that religiously motivated groups can engage in charitable activity, but what the law currently implies is that just being involved in a religion, any religion, is ipso facto charitable.  This is so patently false that the law brings itself into disrepute by continuing to assert it.

In Section 10 of the Commonwealth Charities Bill 2003, the original four charitable purposes of the 1894 Pemsel case were slightly amended and added to:

(1) A reference in any Act to a charitable purpose is a reference to any of the following purposes:

(a) the advancement of health;

(b) the advancement of education;

(c) the advancement of social or community welfare;

(d) the advancement of religion;

(e) the advancement of culture;

(f) the advancement of the natural environment;

(g) any other purpose that is beneficial to the community.

Leaving aside (g), it is clear the first three purposes are self-evidently beneficial to the public.  No-one could argue that the advancement of health, education and social welfare was not a beneficial purpose for the community.  The charitable status of the last two, culture and the natural environment, are perhaps not as universally accepted – philistines and red-necks respectively may have objections to them – but it is clear at least a prima facie case might be mounted in their support.

However it is by no means clear that, leaving aside any genuinely charitable work that might be done, merely advancing a particular set of religious beliefs, just the mere adherence to and advancement of a set of spiritual beliefs, is intrinsically charitable.  There is nothing inherent in being a religious person that makes one automatically a charitable one.  Whether one goes on to perform charitable acts or not remains to be seen.  If one does, then they would be covered by one or more of the other listed purposes, so the religious purpose is redundant; if one doesn’t, then no charity has been performed simply by one’s religious allegiance.  Depicting religion as a de facto charitable purpose is specious, casuistic and tendentious.

Is there anything about religion that makes it intrinsically charitable?  In Australia, the definition of religion was set down by the High Court.  In Church of the New Faith v Commissioner of Pay-Roll Tax (Vic) 1983 154 Clr 120 [1983] HCA 40; (1983) 154 CLR 120 (27 October 1983), the ‘church’ of Scientology appealed against a ruling by a Victorian tax commissioner that Scientology was not a religion, and that therefore the organisation was not entitled to the generous tax breaks afforded to religion in Australia.  The lead judgment by Acting Chief Justice Mason and Justice Brennan maintained:

We would therefore hold that, for the purposes of the law, the criteria of religion are twofold: first, belief in a supernatural Being, Thing or Principle; and second, the acceptance of canons of conduct in order to give effect to that belief, though canons of conduct which offend against the ordinary laws are outside the area of any immunity, privilege or right conferred on the grounds of religion.  Those criteria may vary in their comparative importance, and there may be a different intensity of belief or of acceptance of canons of conduct among religions or among the adherents to a religion.  The tenets of a religion may give primacy to one particular belief or to one particular canon of conduct.  Variations in emphasis may distinguish one religion from other religions, but they are irrelevant to the determination of an individual’s or a group’s freedom to profess and exercise the religion of his, or their, choice.  (at p137)

It is clear that neither of the two High Court criteria, belief in the supernatural nor the acceptance of canons of conduct, necessarily imply or logically entail any charitable activity.  You might believe in a supernatural being who instructs you to kill all those who do not accept him [it’s usually a him] as their ruler, or you might believe in a supernatural being who tells you to do good to others.  Both are equally religious, but only one is charitable, and it is charitable, not because it is a religion, but because it encourages charitable acts as set out by the other designated charitable purposes.  Something’s status as a religion tells us nothing about its standing as a charity and any charitable activity it may engage in is quite gratuitous in terms of its religious status, which only requires belief in the supernatural and related activity.

We can judge some religions as beneficial to the community and some as not, and even some activities of the same religion as one or the other, but we can only do this because we have independent criteria such as the rest of those listed in the Charities Act.  If the advancement of religion was by definition good, then anything a religion did to advance itself would be by definition good, and this is certainly not the case.

The High Court definition would categorize sets of beliefs such as Satanism, Raelism and other dubious cults as religions and therefore eligible ipso facto for charitable status.  Organizations such as Scientology, which operates more like a business than a religion and has been criticized in the Australian Parliament, are able to operate tax-free through their religious status.  If the ‘advancement of religion’ were removed from the list of charitable purposes then each religious group would have to justify their charitable status on other grounds.  There is no doubt that organizations such as the Brotherhood of St Laurence or St Vincent de Paul would be able to do this, but  Satanism and Scientology would find it much more difficult.

It is not in the interests of good public policy to have to judge each set of religious beliefs as good or bad, deserving or undeserving: the simplest solution is to remove the ‘advancement of religion’ criterion altogether.  The removal of the ‘advancement of religion’ criterion would enable the community to focus its support and concessions on those organizations that are genuinely charitable, and leave people to freely get on with their supernatural beliefs and practices with neither interference nor encouragement from the State.

To conclude, the inclusion of ‘the advancement of religion’ as an automatic qualification for charitable status has no logical or factual justification.   Removing it from the definition would no doubt overturn four centuries of dubiously gained advantage and this would not be surrendered without a fight.   It would take great courage by decision-makers to take the side of logic and evidence and to oppose the vested interests involved.  But that is what good leadership entails.

The Rationalist Society of Australia urges the government to remove the ‘advancement of religion’ from the list of heads of charity.  In a modern secular society, the promotion of belief in a supernatural being and associated codes of conduct ought not to be supported by the State.

Failing this simple remedy, if the ‘advancement of religion’ remains as a head of charity, it should not be an automatic one.  That is, any religious organisation ought to be required to demonstrate which of its activities qualify under a public benefit test.  Qualifying benefits ought to be demonstrable, practical and useful.

Activities undertaken by religious organisations that pass a public benefit test should be identified under heads of charity other than the ‘advancement of religion’.  Purely religious activities ought not to be supported by tax concessions.

[1] With the honourable exception of the Australian Democrats, who had the courage to seek genuine separation between church and state – see, for example, www.democrats.org.au/motions/?id=11