“Damn you to hell, Kevin Andrews”

John Baylis of Darwin suffered from motor neuron disease, a progressive condition involving degeneration and wasting of the muscles. He died of it on 5 March 2015. 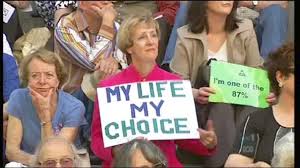 Marshall Perron was the Chief Minister of the Northern Territory government which introduced the Rights of the Terminally Ill Act 1995.

Kevin Andrews was the Minister responsible for overturning this Act in 1997.

We reproduce below a letter from Marshall Peron to Kevin Andrews about John Baylis’s death and the diary he kept in his dying days.

I write now that the dust has settled and you have time on your hands, warming a seat on the backbench.  By now you will realise that your long political career is over, and it is time to reflect on what you have achieved on behalf of your constituents and the taxpayers.  Perhaps you will even write your memoirs, which seems to be a popular pastime these days.

No doubt you would consider one of your crowning achievements to be the passage of the Euthanasia Laws Act 1997.  It was a momentous event, of enormous significance immediately to a few people at the time, and affecting many more lives during the subsequent years.  The impact of course, is ongoing, as evidenced by the elderly suicide statistics.

One of those affected was 83 year old Darwin man John Baylis.  While you are unlikely to have heard his name, he certainly knew yours.  In fact he died uttering it.

John was diagnosed with motor neuron disease.  He was comforted by a large extended family and many lifelong friends.  He took advantage of palliative care services in his home however, as you may know, there is no cure or relief from the dreadful symptoms of this cruel disease while it slowly kills its victims.

Despite his age, John was an enthusiastic user of Facebook to keep up to date and share stories of a long and interesting life.  As the disease crippled his body but not his mind, his posts on Facebook became more frequent and he documented the last three months of his life in candid detail.

His diary is a harrowing true record of what life is like when one is dying of MND.  I attach a copy in the event you are prepared to read it.

You will be aware that over the last two decades, eight western democratic jurisdictions have made medical assistance to die lawful in limited circumstances.  Canada will join the list shortly.  Others will follow. The predicted doomsday scenarios have failed to materialise.

Voluntary euthanasia will eventually be decriminalised in Australia.  The compassionate case for, the success of regimes elsewhere and our rapidly aging population, will demand it.  When that happens you will have the dubious satisfaction of knowing you delayed it.  Tragically many will die badly in the meantime, either by their own hand or, like John Baylis, realising too late the misery that was in store for them and having missed the opportunity to die by their own hand while they had the physical capacity. Their deaths will be a nightmare for them and their loved ones.

Most politicians genuinely aspire to ‘make a difference’ during their term of office; to achieve things that have a lasting material effect on the lives of others; tales they can tell the grandkids if they show any interest, or perhaps include in one’s memoirs.

Kevin, with the passage of the Euthanasia Laws Act you certainly did ‘make a difference’, one that impacted on the lives of many.  Sadly the impact was a negative one.  John Baylis was a perfect example of this, yet I suspect you are unlikely to pass that one on to your grandchildren.  In the 18 years since your success there have been hundreds of unnecessarily traumatic deaths, and they continue while you bask in the afterglow of high office.

If you do read how John Baylis died, you will pray that whatever is the cause of your own inevitable demise, it is not the same as he endured thanks to you.