Petition: remove “advancement of religion” as a charitable purpose

It’s about time we got rid of the anachronistic idea that advancing religion is a “charitable act”. It’s not, and it should not qualify for automatic tax exemptions.

In Australia there are 12 activities that are listed as a charitable purpose and which thus entitle an organisation to tax-exemption.

The advancement of religion is one of them. 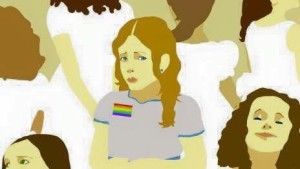 The Charities Act (2013) recognises charitable purposes that benefit the public such as the protection of human rights, the promotion of reconciliation and tolerance, and advancing causes by preventing, educating, researching, and raising awareness.

The Act clarifies that to be recognised as a charity in Australia, an organisation must be “not-for-profit”. It must, in the absence of evidence to the contrary, have only charitable purposes that are for the public benefit, though it may have other purposes providing these serve to assist the charitable purpose. And finally, the organisation must not have a “disqualifying purpose”.

This petition requests that the advancement of religion, in and of itself, no longer be recognised as an approved charitable purpose. It acknowledges that while many religions do in fact engage in charitable activities that genuinely benefit the wider public, there are other religions that do not. As such, the advancement of religion should not be considered, in and of itself, a charitable activity that benefits the public.

This petition seeks to draw attention to those religious organisations whose primary activities are self-serving. It seeks to highlight those religious organisations that rather than benefit the public through the provision of support services and/or promotion of tolerance and reconciliation, in fact do the opposite and cause great harm to the broader public – which must then be dealt with by those charities whose primary focus really is to help society as a whole.

On November 6th, The Church of Jesus Christ of Latter-day Saints(aka LDS/Mormons) – a registered tax-exempt charity in Australia which raises tens of millions each year in Australia but which does not engage in any organised charitable services outside of its membership – publicly acknowledged a quiet change it had made to its policies regarding the way in which members of the LGBT+ community and their children should be treated.

The new policy handbook formally instructs local lay leaders that people who are co-habiting in a same sex relationship (with special emphasis placed on those who have entered a legal marriage to a same-sex partner) should receive formal discipline, be considered “apostate”, and excommunicated.

Furthermore, any child who is living with gay parents must be denied a name and a blessing at birth, denied baptism at the traditional age of 8, and denied admission (for boys) into the priesthood, which is a standard practice at 12.

Denial of such rituals (termed “life saving ordinances” within the church) also disqualify the child from participating in other common social practices within their community. The policy states that for any child over the age of 18 to be fully accepted into the church community they must leave their family home and they must “specifically disavow” their parent’s relationship.

Children of parents committing other “sins” (murder, adultery, abuse etc) are not singled out as being unworthy of full membership, which only serves to stigmatise rainbow kids as very different among their peers.

Those signing this petition wish to send a strong message to our government that promoting the punishment of children for the sexual orientation of a parent, by denying them the same opportunities and treatment as their peers, and by requiring them to disavow their family and leave the family home at 18, is extremely harmful and cannot be considered supportive, charitable, tolerant, or in any way beneficial to the public.

As such we present this as evidence that the activities of The Church of Jesus Christ of Latter-day Saints are contrary to the notion that a charity should be benefiting the public. As such the activities of the LDS church specifically disqualify it from charitable status based on the definition of “disqualifying purposes” as found in the Charities Act (2013), 11 (a); “the purpose of engaging in, or promoting, activities that are unlawful orcontrary to public policy.”

Public policy in Australia serves to protect children and families. The fact that this church (and others) actively engage in promoting practices that are harmful to families, that contribute to family breakdowns, that impact negatively on the emotional and mental health and well-being of children and adults alike, that increases the rates of homelessness, and that demonstrably leads to increased rates of self-harm and suicide, should be enough to disqualify this church (and others who claim that advancing their religion is charitable) from its status as a “charitable” and tax-exempt organisation.